We attended the Latam Future Energy Andean Renewable Summit 2022 to focus on energy opportunities in Colombia.

Last week our colleagues from Colombia attended the Latam Future Energy Andean Renewable Summit 2022 in Bogota, Colombia. This event brought together more than 500 key attendees from both the public and private sectors to discuss the country’s energy opportunities. In addition, the current situation of solar and wind energy was also addressed, and its future in the region was debated. In this third edition, the day began with a sectoral look at the role of solar photovoltaic and wind energy in the Colombia of the future. Our colleague, Oscar Berrio, was one of the speakers in the panel discussion: “Constructive innovation and technological development as allies of the competitiveness of the solar photovoltaic sector in the Andean region“. “I am very grateful to the organising team of the Latam Future Energy 2022 event for the invitation. It was a great success. It is very valuable to generate these spaces to talk with the main players in the sector about the future of the renewable sector in Colombia. Enerland shares an optimistic vision for the materialisation of the Energy Transition in the country”. In addition to Oscar’s contribution during the talk, Hernando Restrepo, sales manager for the country, and José Alfambra, Area Manager LATAM & Spain, were also present: “There are great expectations in the country, from the construction sector there is a portfolio of projects whose connection forecast for 2023 is quite large and in which there is a favourable environment for participation in the sector. At Enerland Colombia we have also seen significant growth. We will go from 38 MW this year to the execution of 56 MW next year,” Hernando says. The conclusions during the Latam Future Energy Andean Renewable Summit 2022 were clear. Everything points to the fact that the sector is advancing by leaps and bounds and that the energy transition in Colombia is on the right track. We hope to be able to return once again in the next edition. We leave you with some pictures of the event. 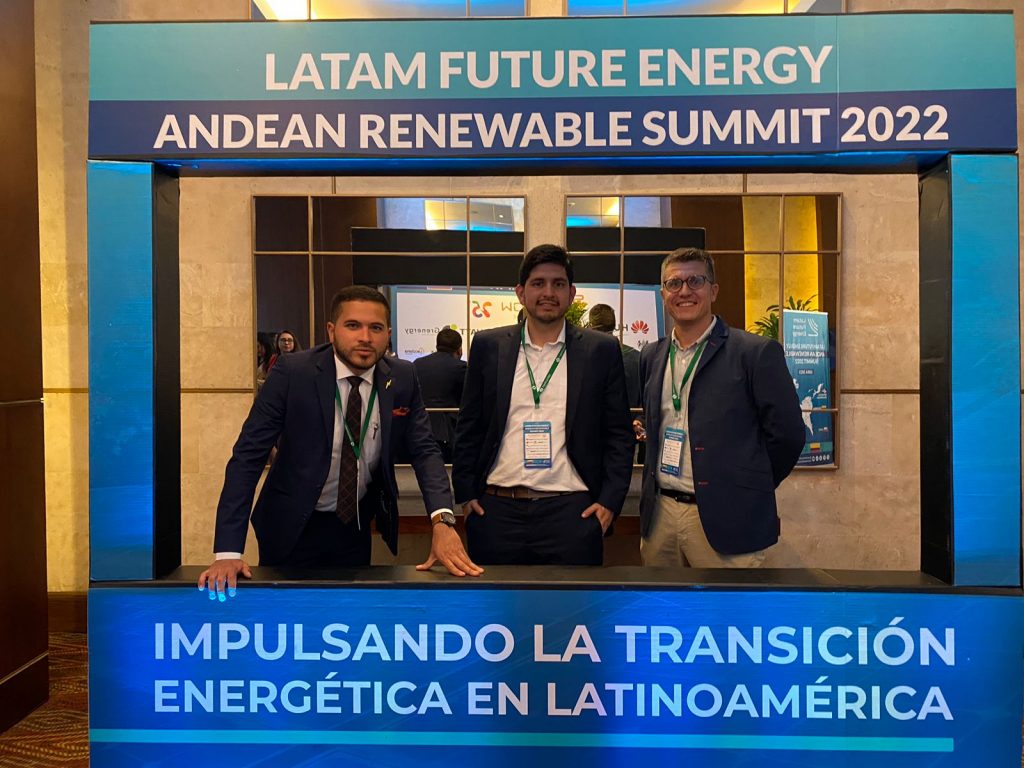