We announce that the installation of the solar park in Colombia has been completed. After several months of execution, Enerland Colombia concludes the work. This installation, carried out through the self-consumption mode, will generate a power of 5.5 MWp-4.5 MWac.

Through the execution carried out by our Enerland Colombia headquarters, we announce that, after four months, the solar park in Colombia has been successfully completed! With this there are already 14 projects in America.

This solar project occupies an area of ​​13 hectares located in the city of Arjona, Bolívar, Colombia. This installation will supply, under the self-consumption modality, enough energy to supply a raw water pumping station. This photovoltaic plant installed on the ground has Huawei inverters, a 2V Gonvarri tracker structure and 12,330 450Wp Longi modules.

The renewable energy produced by this solar park will generate a power of 5.5 MWp-4.5 MWac. This means creating the electricity that approximately 37,600 Colombian households consume. In addition, we are committed to the development of a more sustainable planet. This installation contributes to the objectives set by the UN in its 2030 Agenda. Thanks to it, the emission of more than 38,600 tons of CO2 into the atmosphere is avoided, as well as the reduction in electricity costs, which make it more affordable.

Colombia, at an energy level, had always been a country whose main source of electricity came from non-renewable . With more than 50 million inhabitants , climatic and environmental changes make this situation not last forever, so the country began in the middle of the last century to apply an energy transition to renewable alternatives and clean for the planet.

Together with Peru, they are considered one of the countries with the most potential for the installation of off-grid projects , due to its large rural populations and high prices for diesel generation. Furthermore, since it is located in the equatorial zone, the level of solar radiation is one of the highest on the planet. 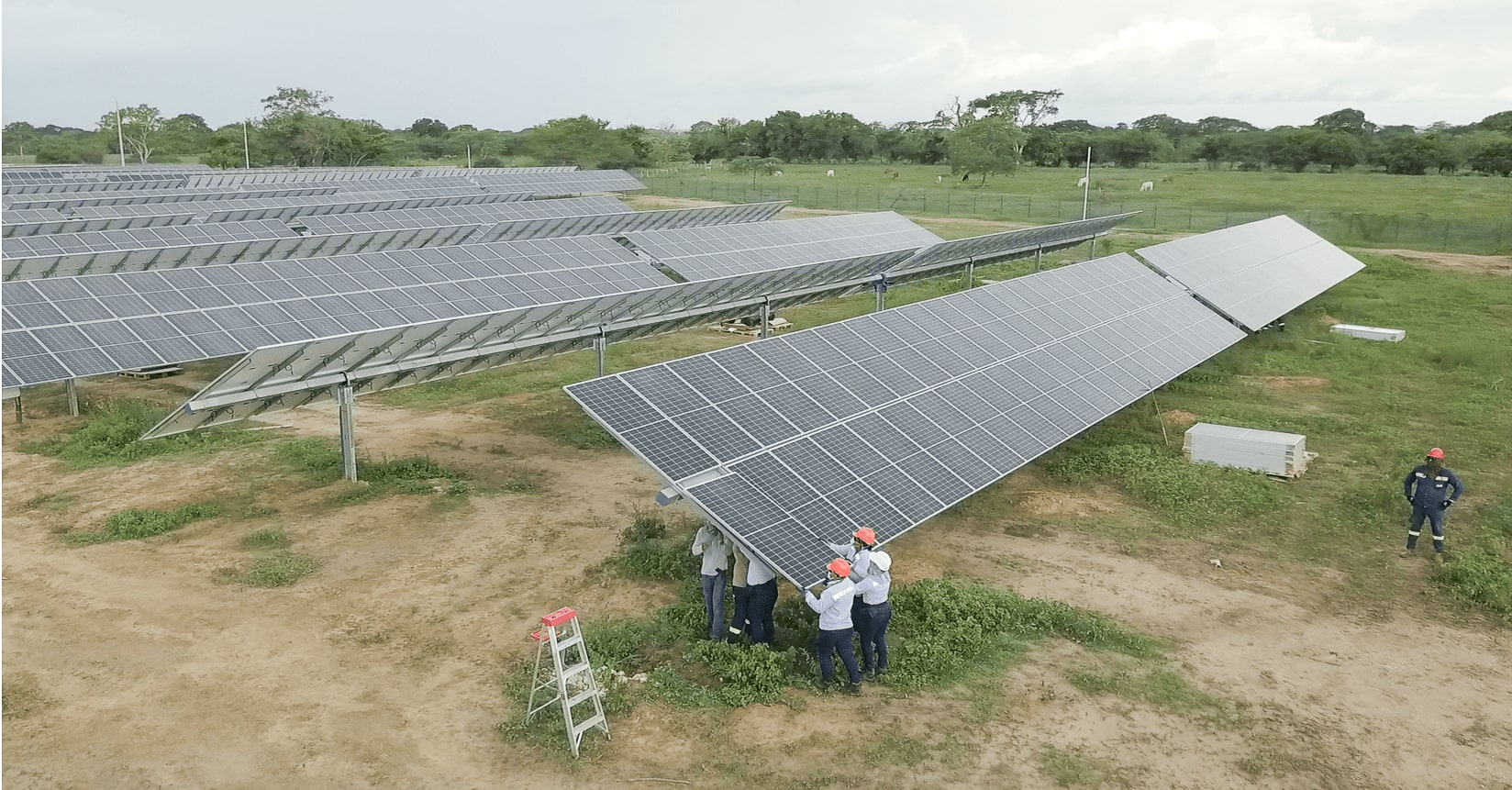